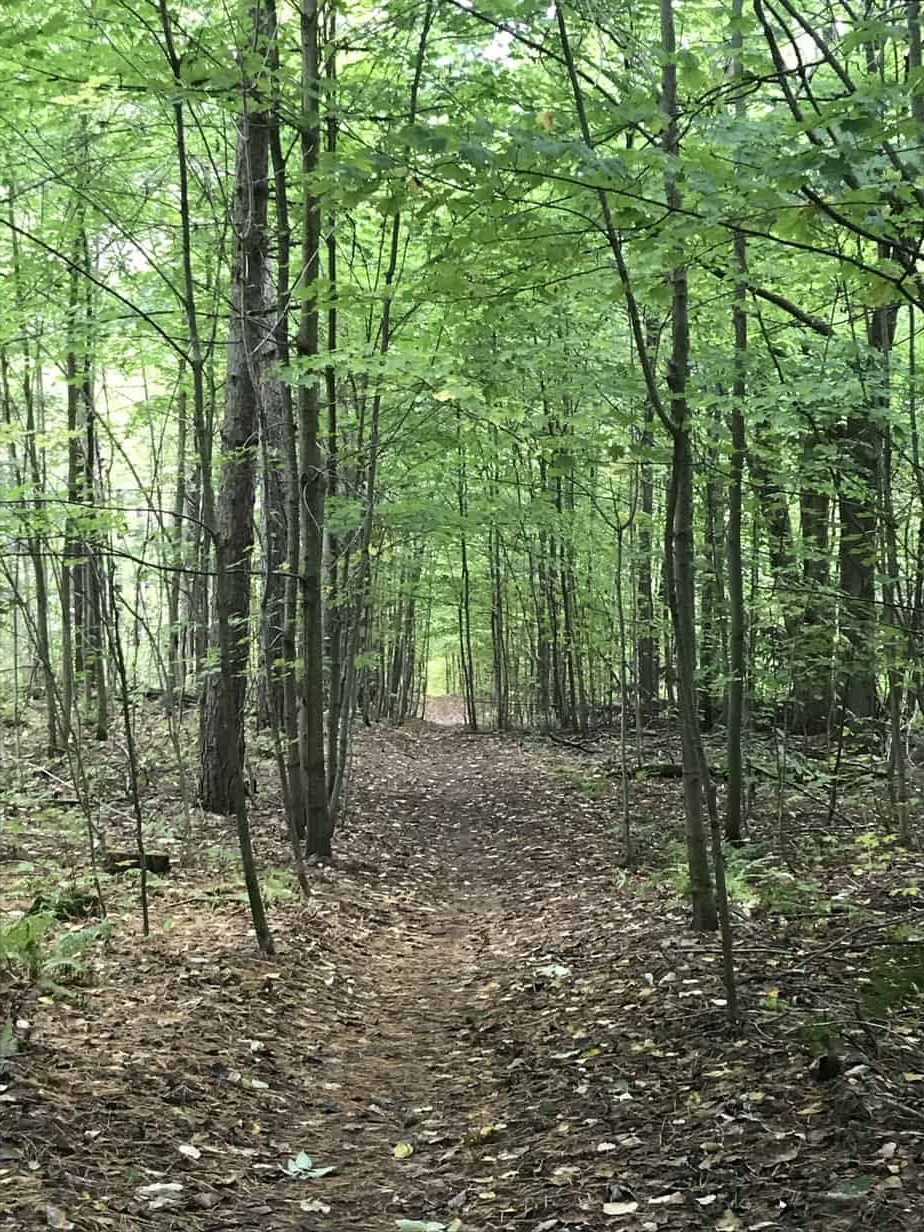 I don’t want to forget this feeling: flying full-tilt downhill on my mountain bike, up on my feet, out of the saddle, my weight back. Sunlight dapples the dirt trail and everything around me feels fresh and green, even as I smell autumn in the air rushing past my face.

My fingers hover over the brakes, but I don’t touch them. Momentum carries me downhill faster and faster. I don’t want to waste an ounce of the gift gravity is giving me.

I say it out loud, not caring if anyone is within earshot.

You can’t hesitate on a mountain bike, not with your feet pinned into the pedals (yes, I can whip them out pretty fast, but not if I am wobbling in indecision.) You have to decide on a course of action and go. She who hesitates on single-track is likely to end up in a heap with her nose against a rock. 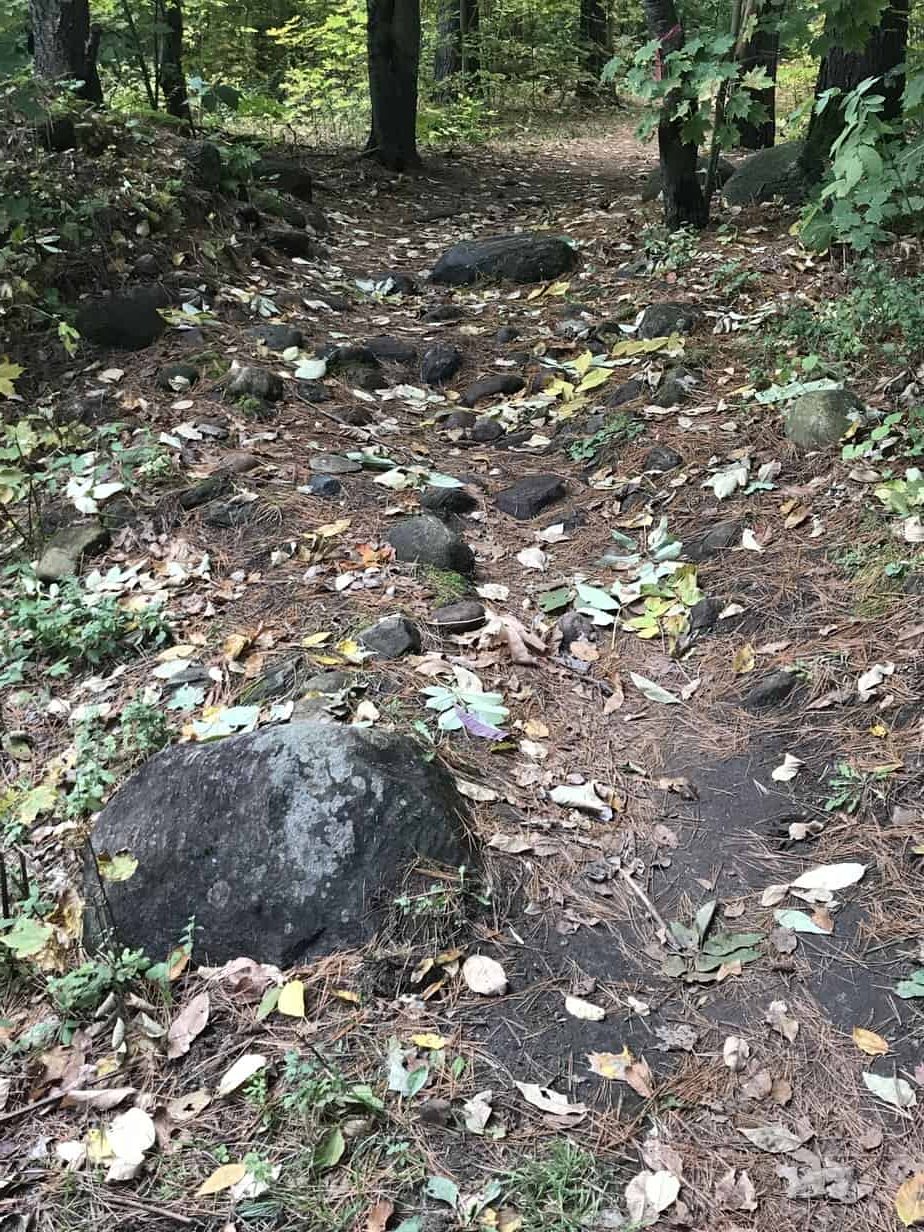 The downhill curves right, then left, finally bottoming out before hurtling me into an uphill climb. My speed giving me a running start. I sit back on the seat, shift down a couple of gears and settle into the ascent. I love to climb, love to ride uphill. It’s like some strange gift handed out to me at birth: “And you, you I shall give power to ascend, whether hills, trees, or rocks.” (More on trees and rocks some other day).

I have been riding for over an hour and a half now and my body has relaxed into a strong, steady, rhythm. I feel strong, capable, powerful. I don’t feel that way too often these days so I want to soak it in. I want to ride like this for hours. Days.

When I mentioned to a close friend that I had returned to single-track mountain biking after many years absence, she cringed.

You can hurt yourself pretty easily in this sport. Sooner or later your handlebars will catch a sapling, or you’ll take a hairpin turn too fast, or you’ll misjudge the space between two very solid trees. 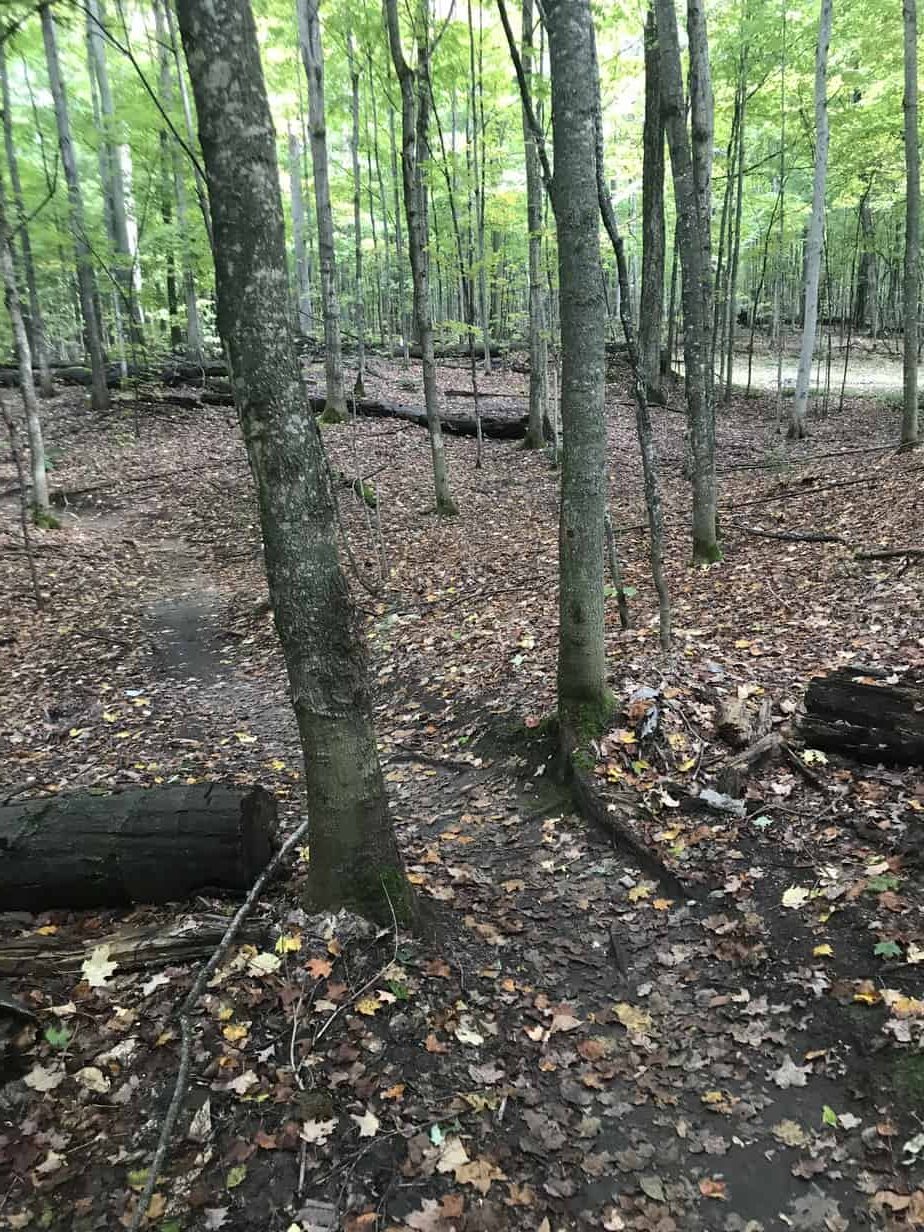 I love this about mountain biking: the focus it requires. You can forget about everything else. You must, or you’ll hit something. And if you’re really wound up, spinning in obsessive thought? That’s okay. Your body will be so busy working that your gut won’t ache and your chest won’t clench. It’s not possible to feel heartbroken or demoralized while you are climbing uphill. Believe me, I know.

So this is it: my playground, my cathedral. My therapy, my release.

Absolutely my drug of choice.

So that cringe won’t stop me. Neither did the face plant, the busted brake or the cracked gear shift.

It just takes this: